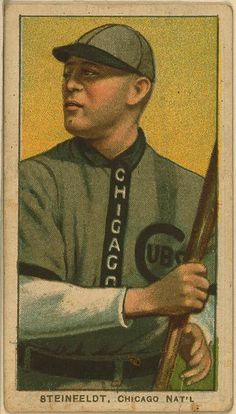 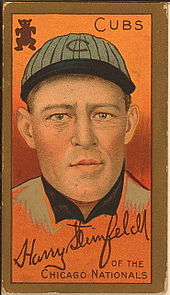 Nominated by: Geno Wagner
Why did Geno Wagner nominate Harry Steinfeldt for the HOM?

I am changing my HOMer to Harry Steinfeldt, in honor of the Cubs All-Star infield tonight (7-12-16)! Of course, Harry was the one left out of the Tinkers-Evers-Chance combo. He also just missed a shot at stardom when NBC didn't like his name, and chose Jerry Seinfeld for that show. OK, that's not true. But he did tour in a minstrel group back in the day. He also holds the record for three sacrifice flys (flies?) in one game. Unfortunately, he died in his thirties, so he is not around today to see this honor bestowed upon him.